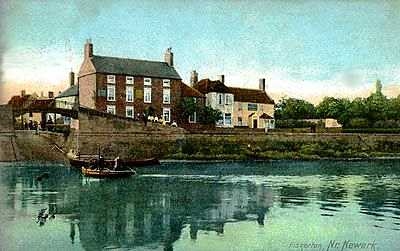 References to a ferry at Fiskerton, first mentioned in the Domesday Book, appear throughout the centuries. In addition, horses and carts could ford the river at low tide, so Fiskerton was the main river crossing point on a principal route between Newark and Nottingham.

By 1900, the ferry crossing and the landing rights on both sides of the Trent were attached to the Bromley Arms and for foot passengers the ferry consisted of a rowing boat. There was also a wide, shallow sided, light barge, which could carry farm animals and small carts and carriages.  The last ferryman was Bert Elliott, who died in 1971. 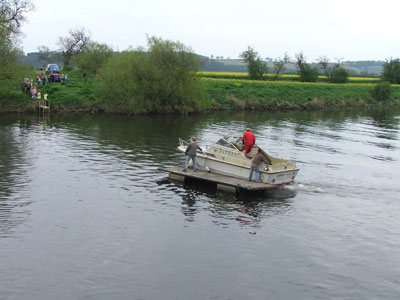 A more modern version of the ferry can be seen in this picture. This was quickly set up, including a new boarding jetty on the East Stoke side of the river, to ferry walkers to the Bromley Arms after taking part in a sponsored walk from Lincoln to Rolleston