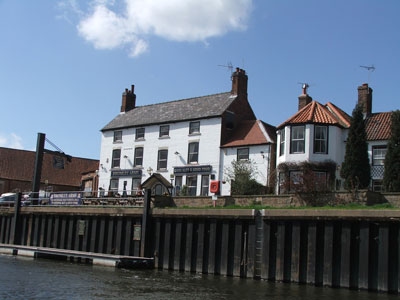 The building dates from the 18th century and was then known as the “Wagon & Horses”, though early deeds mention that it had also been known as “The Ferry House”. It was sold in 1877 to Sir Henry Bromley of East Stoke, reputedly so he could hunt on both sides of the river, and its name was consequently changed to the “Bromley Arms”.  At this time the pub was one of the many stations used for changing the horses which drew the barges and there was stabling for 27 horses.  It also had its own brewhouse. The Bromley Arms was bought by Hardy & Hanson Brewery around 1933.

The building immediately to the right of the pub in the above photograph was another pub, “The Spread Eagle”, but this closed in 1912.

The pub is now called 'The Bromley at Fiskerton' details of menu and opening times can be found http://www.bromleyatfiskerton.com 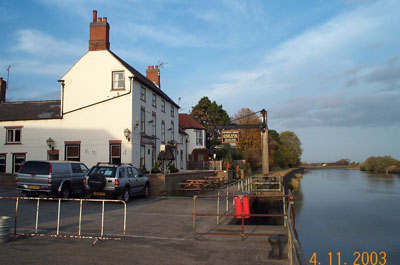